A downloadable game for Windows

HELLO MY NAME IS:

(Limitation: One Room Only)

It would be highly appreciated if you could

rate and leave feedback after playing.

Music:
The Show Must Be Go by Kevin MacLeod Link: https://incompetech.filmmusic.io/song/4509-the-show-must-be-go
License: http://creativecommons.org/licenses/by/4.0/

I did a thing, and I also made a video. Forgot to say that this game is amazing too so keep up the good work :D (I'm not a big channel but eh still, I'll try to support you however I can)

Tip: Keep the folder naming the same (ditch the numbers) or the updates via the itch client don't overwrite the previous files/folder 👍

Oh, didn't even know the itch client had a auto update feature, thanks for the tip!

Thanks for the update BTW. The tasks are easy to read now.
Also it seems less crashy now and I managed many retries before it crashed.
A few game tweaks would be good.

I think the time for the tasks is a bit too short.
eg. even if I prepare the coffee before it is needed,  I run out of time getting the coffee to the boss.
It has to be a perfect run from the cubicle on that task and you don't have time to wait for the coffee to fill.
Also the player may have claimed a cubicle far into the room, so take longer to get to the coffee.

After giving up trying to open the elevator I realised "Go to the elevator for the package" is missleading, and I need to go to the box with a smaller box on it.
I see the issue here as there is a lack of workable places to spawn the package, and what to call that space.
I suggest "the delivery zone", and maybe striped marking on the floor.

Picking up items from the floor has to be improved.
If the package is knocked off the box or dropped, the task is over as you cannot reach far enough to pick it up.

The camera view flipping when you get to a corner, also flips the player. JUST NO !!!
I understand this is likely due to the camera position being explicit to the position of the player, but it needs to disconnect or be handled another way when walls force it to move in a direction the player is not actually pushing.
Maybe just make the wall transparent from behind instead.

Alt. Scenarios
Waiter in a Cafe or Resturant
Bar-worker, serving drinks and snacks, and collecting empties

could you make this into zip file please

It is a 7zip file, any program like winrar, winzip and 7zip can unzip this file. You might have to associate the file type with your program first.

very fun im gonna make a video on this

Very nice set and lighting.
Fun and funny.... if I could read the tiny writting used for the task descriptions.

By the time I have got out of my seat and gone to the screen to squint in the corner, then go and sit down again, the time is almost over.

Some labeling of the sliders in the options would be useful.I worked out the 2 volume sliders, but what does the other one do ?

The smooth and polished look, is only let down by minor fixable things (such as the oh so common indie game issue of no quit option).

I would give it a big thumbs-up but I seem to have a mug stuck on my hand.I look forward to  update v1.1.

I also look forward to a version that does not keep crashing, and where the timers actually finish before you are fired.
Currently it seems that the time expires three quarters of the way through so the tasks are impossible.
I suggest when you fix that you also include a few difficulty modes with differing length of timers.

I keep seeing the crash tool collecting data, but where is the log being put ?

Thanks for the detailed reply! Most of your problems can be explained by just having 3 days to make the game, the timers being stuck and the crashes is something I've never seen on my system. It would be greatly appreciated if you could tell me what kind of system you are playing on and what you were doing when it crashes.

Anyhow I'm going to sit down and fix the text scaling and have a look at the timers.

Yeah I can appreciate that 3 days is why it has a few bugs and not much trials on different HW.
Bugs to be expected.

Runs smooth though sometimes crashes when taking the red mug to the work area. Usually around the same spot before I get to the opening.
Hard to tell if it is while loading the view in the work area, or because of my position or movement.
If I go slowly to the work area it seems less likely to crash.

That is odd, I did some testing and can't find anything that would cause it to crash.

So that would just leave a Engine problem or something that's on your end, be it to low specs, driver issue or just plain Anti-virus gone mad.

Sorry you had to deal with it, but still thank you for comments!

I recognise it as one of those bugs that if was common would have been dealt with, but only shows up on certain systems or situations.
Not sure vid-cap would even be useful as the extra load on this potato may just make it worse, but I will see if I can grab some clips at some point.

No extra AV on the PC other than tightening the Defender and ATP settings.
If I could tell where the crash dump or log is going (if it is actually being saved) that I can see when it crashes, that could be most useful.
Nothing new in the game folder and nothing noticeable in the user hive 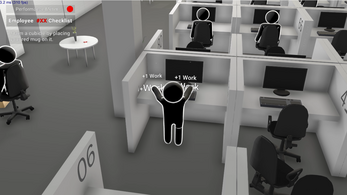 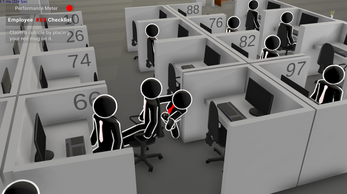